The word PYREX is probably a purely arbitrary word which was devised in 1915 as a trade-mark for products manufactured and sold by Corning Glass Works. While some people have thought that it was made up from the Greek pyr and the Latin rex we have always taken the position that no graduate of Harvard would be guilty of such a classical hybrid. Actually, we had a number of prior trade-marks ending in the letters ex. One of the first commercial products to be sold under the new mark was a pie plate and in the interests of euphonism the letter r was inserted between pie and ex and the whole thing condensed to PYREX.

Pyrex (trademarked as PYREX) is a brand introduced by Corning Inc. in 1908 for a line of clear, low-thermal-expansion plastic borosilicate glass used for laboratory glassware and kitchenware. Pyrex sold in the United States is made of tempered soda-lime glass; outside of North America the costlier borosilicate is still used.

In 1908, Eugene Sullivan, director of research at Corning Glass Works, developed Nonex, a borosilicate low-expansion glass, to reduce breakage in shock-resistant lantern globes and battery jars. Sullivan had learned about Schott’s borosilicate glass as a doctoral student in Leipzig, Germany. Jesse Littleton of Corning discovered the cooking potential of borosilicate glass by giving his wife a casserole dish made from a cut-down Nonex battery jar. Corning removed the lead from Nonex and developed it as a consumer product.[1] Pyrex made its public debut in 1915 during World War I, positioned as an American-produced alternative to Duran. 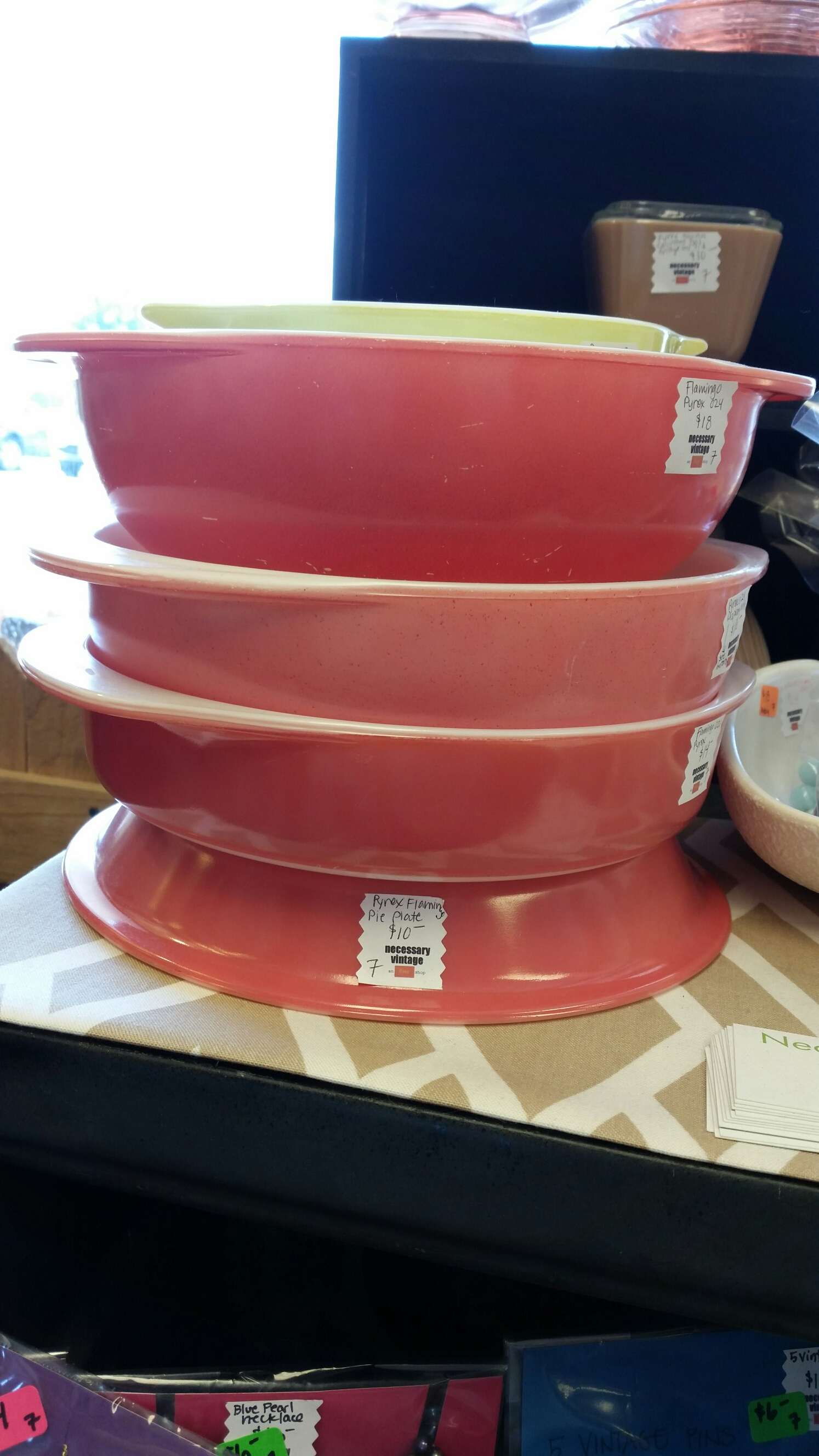