Antique and vintage signs are highly sought after by collectors for their beauty, enduring historic value, and because they make great discussion pieces. Used to advertise everything from soda to farm equipment to household appliances, key genres include wood, porcelain (aka enamel), tin, and neon.

Porcelain enamel signs were first produced in Europe in the late 1800s, and became popular in the U.S. in the 1890s. Porcelain signs were made of powdered glass fused onto rolled iron. Different colors were stenciled on and fired, creating a different layer for each color; although later porcelain signs were silkscreened. Porcelain signs were durable and able to withstand exposure to the elements, so tens of thousands were made. But during the World War II scrap drives, many were melted down. Eventually high labor costs caused porcelain signs to fall out of favor in the 1950s.

Tin signs were also melted in WWII scrap drives, halting production almost permanently. Although some tin signs were made after the war, their reemergence was short lived. Tin signs reached their peak of popularity in the 1920s and were usually painted, screenprinted, or stamped. But they were not as durable as porcelain signs, and were prone to rust.

The first neon sign was introduced in 1912, for a Parisian barber. Neon signs contain tubes filled with neon or inert gasses that glow when a high voltage is applied. Though popular in the 1920s and 1930s, they were expensive to make and very fragile. In the 1940s and ’50s, custom-made neon signs were produced in small quantities for businesses like restaurants, clubs, bars, hotels, and auto dealerships. More modern mass-produced neon signs for companies like Budweiser and Coca-Cola can also be collectible.

Some collectors also seek out vintage cardboard signs, which were popular in the mid-20th century and were used to advertise a broad range of consumer items (soda, beer, candy, etc.) and upcoming events, like the circus. Other sign formats, like and door pushes and pulls, are highly sought after as well. 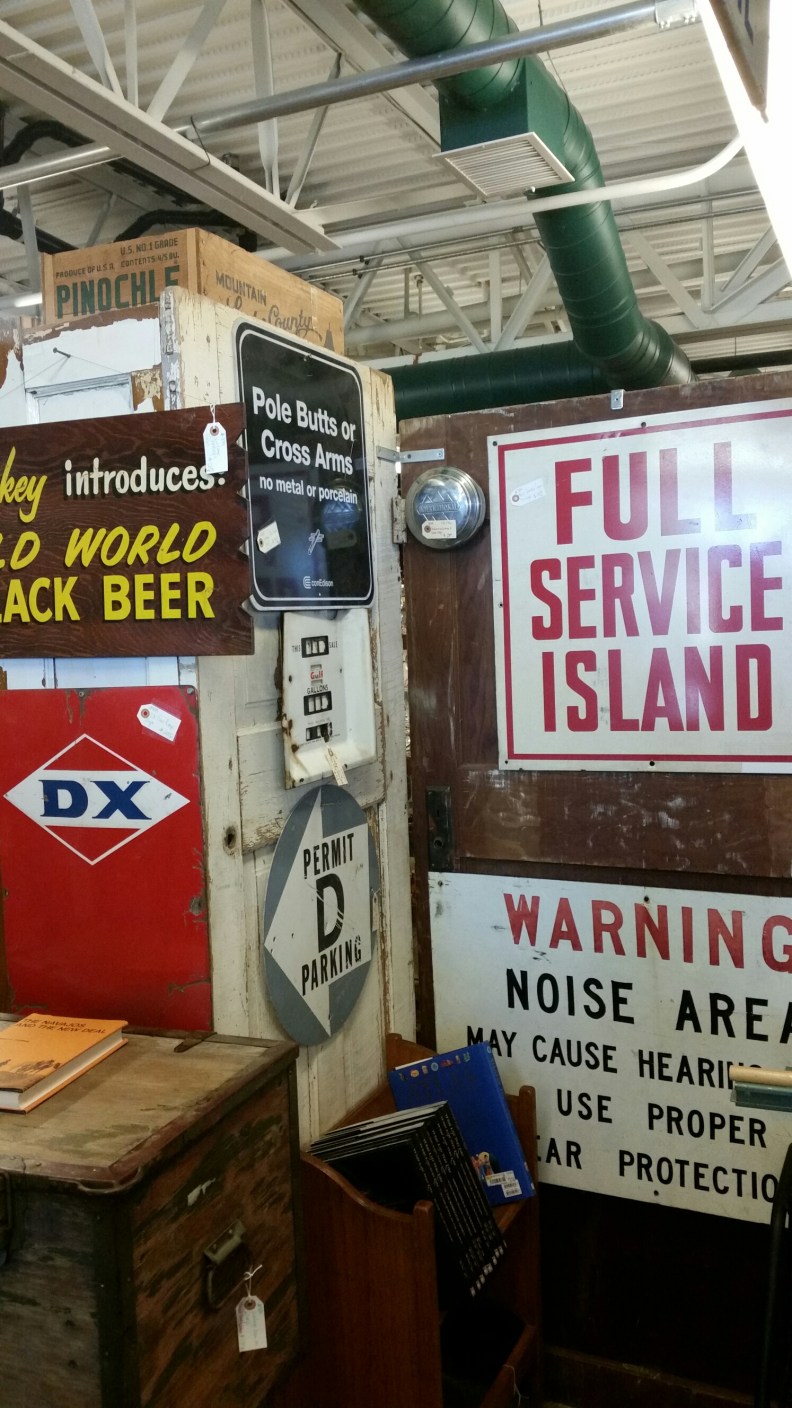 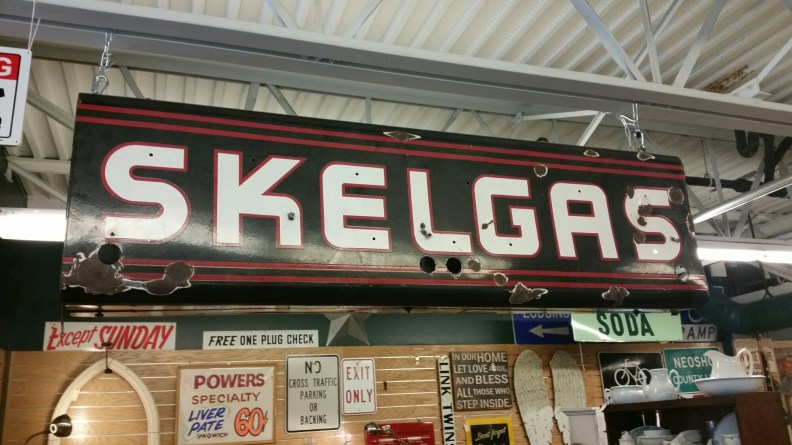